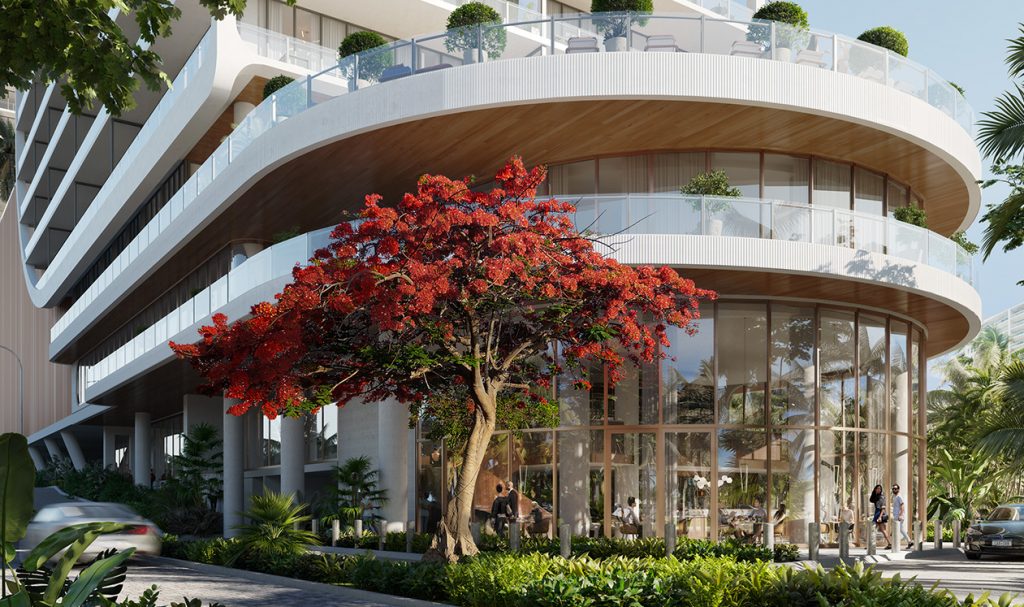 The project, which was formerly envisioned as a mixed-use development known as “Summerhill,” secured a $185 million construction loan in September, but the name and details of the project had not been revealed until now.

“I think the secret is out that Coconut Grove is the most desirable address in Miami,” Martin said in a press release. “And there is limited inventory of new offerings, especially of this level of design and service. As a resident there myself, I’m committed to the future of the community and adding only the most sophisticated, high-design experiences for residences and visitors.”

The Mr. C hotel brand was conceived by fourth-generation members of the family-owned Cipriani S.A., the Luxembourg-based global corporation that operates luxury restaurants and clubs around the world.

The company’s history began in 1931, when the family patriarch founded Harry’s Bar in Venice. The storied bar was a favorite of celebrities such as Ernest Hemingway, Orson Welles and Truman Capote, among others. It was designated a national landmark by the Italian Ministry for Cultural Affairs in 2001.

“We’re excited to bring four generations of the Cipriani’s perfectly serviced lifestyle experience into such a wonderful project and location,” said Ignazio Cipriani in a press release. “Mr. C Residences Coconut Grove will be a contemporary take on classic European living, offering old world sophistication with modern comfort, combining the maritime tradition of both our brand and Coconut Grove.”

Raymond Fort of the Miami-based Arquitectonica architectural firm designed the initial look for the exterior of the building, which plays off the project’s waterfront location with a sail-inspired design.

The New York-based design firm Meyer Davis will design the interior of the building, in collaboration with Mr. C designers.

Pricing for the residences has not been set, but the average size of the units (which will range from one to five bedrooms) will be smaller than the Park Grove and Grand Bay condos, two other Terra developments that fetch prices ranging from $1,100-$1,300 per square foot.